Taking place during the inaugural LGBT Expo in Bangkok on Saturday, the contest is the Thai round of the annual Mr Gay World challenge which seeks to develop leaders who can help advance LGBT rights both locally and throughout the world. The winner of Mr Gay World Thailand will go on to represent Thailand in the international final in South Africa in May.

Apiwit, whose nickname is Em, was recently selected as one of 15 finalists. He’s part of the team that delivers APCOM’s regional TestXXX initiative to encourage young gay men to know their HIV status.

“I would love to see a world where people are proud to come out,” Em says. “If we can all be who we are, we can all become the best we can be. If society can see, accept and understand LGBTIQ people, it will lead to a better future for all because we can advocate human rights and legal equality among all genders.” 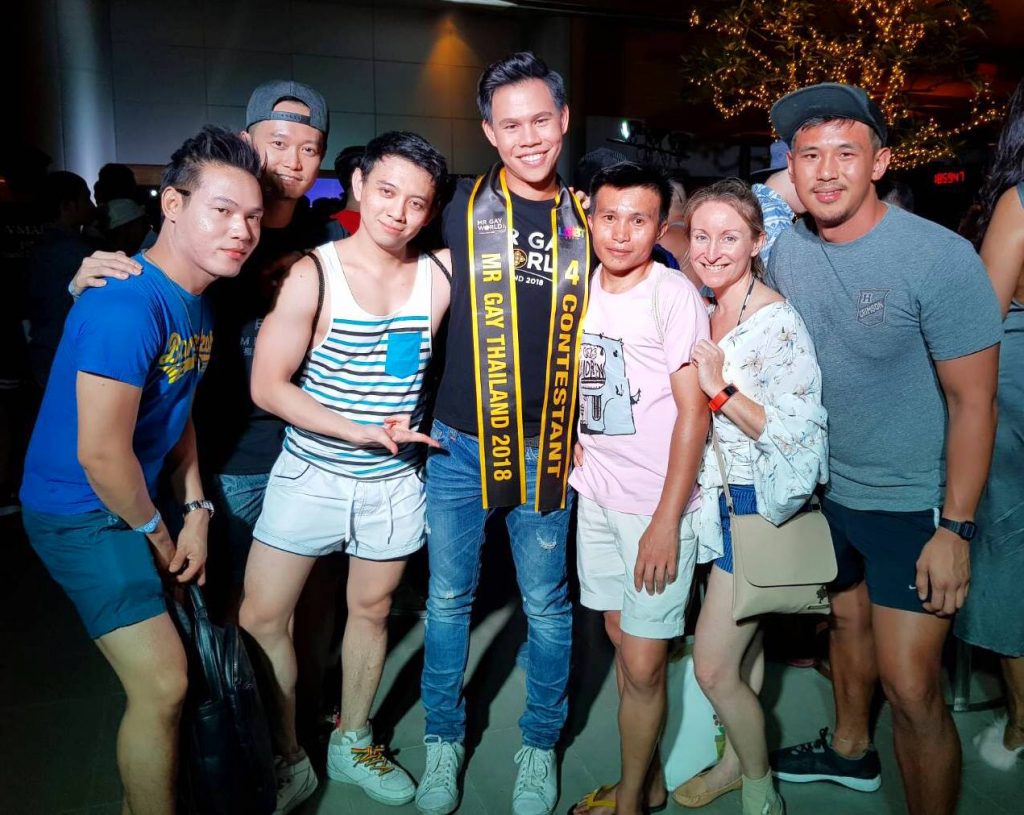 APCOM Ambassador John Raspado from The Philippines is the current Mr Gay World title holder and has been a high-profile participant at many LGBT events throughout the world over the last nine months including APCOM’s Rights, Resources & Resilience Asia Pacific Summit in Bangkok in November.

“Being part of the Mr Gay World initiative has provided me with many incredible opportunities to meet LGBT pro-activists from all over the world and find out more about the truly inspirational work they’re doing to help make a difference in the lives of LGBT people,” John says.

“I commend Em on his efforts to light the way for other young LGBT people and wish him all the best for the contest this weekend.”

APCOM Executive Director Midnight Poonkasetwattana says Em is a great ambassador for APCOM and the community it serves.

“We’re incredibly proud of Em and his work, particularly on the HIV testing campaign initiative in Bangkok – TestBKK,” Midnight says. “Through his participation with the Mr Gay World Thailand contest, he’s also showing courage and leadership for young LGBT people here in Thailand. We wish him all the best for the final.”

Em will strut his stuff this Saturday at the Mr Gay World Thailand final at Impact Exhibition Hall 2, Muang Thong Thani in Bangkok. Entry is FREE so come along and cheer Em on.

You can also help Em win the audience prize by voting for him (#MG04) at: http://mrgaythai.com/final