Finance Inc is anchored on the human rights principles of equality and nondiscrimination as expounded in The Universal Declaration of Human Rights and other international human rights instruments which recognize that ‘all human beings are born free and equal in dignity and rights.’ Further, it is also anchored on The Sustainable Development Goals (SDGs) principle of ‘leaving no one behind.

Finance Inc. is a three year (2018-2020) multi-country project which is being implemented with our country partner organization in Cambodia, Indonesia, Lao PDR and the Philippines.

What does Finance Inc aim to do?

The overarching long-term goal of Finance Inc. is to contribute to improved access of persons of diverse SOGIESC to economic and social services specifically health, education and financial resources and services. It also aims to contribute to increased participation of LGBTQI, communities in the conversations aimed towards inclusion. There are ongoing efforts to address economic and social exclusion based on sexual orientation, gender identities, expressions and sex characteristics in various sectors including the private sector and multilateral development feasibility institutions.

Who are the stakeholders being engaged under Finance Inc? Finance Inc. aims to engage the Asian Development Bank (ADB) and other stakeholders in the finance sector towards the overall goal of LGBTQI inclusion. Reflections of LGBTQI inclusion can be in terms of policies, processes, and programs, among others. The goal of inclusion is aligned with ADB’s inclusive growth agenda and its vision of ‘a prosperous, inclusive, resilient, and sustainable Asia and the Pacific, while sustaining its efforts to eradicate extreme poverty in the region.’ As an international development finance institution whose focus include health, education, and gender and development, engaging the ADB on LGBTQI inclusion can be instrumental to achieving the long-term goal of improving access of people of diverse SOGIESC to these economic and social services, and ensuring their participation in the development process.

As an international development finance institution whose focus include health, education, and gender and development, engaging the ADB on LGBTQI inclusion can be instrumental to achieving the long-term goal of improving access of people of diverse SOGIESC to these economic and social services, and ensuring their participation in the development process.

Voice is an innovative grant facility to support rightsholders and groups facing marginalisation or discrimination in their efforts to exert influence in accessing productive and social services and political participation. Voice operates in a context where civic space and power is shifting at a fast pace, and often closing rather than opening. Where the narrative is negative and underlining marginalisation and vulnerability, rather than the dreams and successful steps made towards a better, more inclusive world.  Voice is implemented in ten countries in Africa and Asia.

Voice is an initiative of and financed by the Ministry of Foreign Affairs of the Netherlands as part of their overall policy framework ‘Dialogue and Dissent’ (future Power of Voices) and is executed by a consortium between Oxfam Novib and Hivos. Hivos is the coordinated body in four countries: Indonesia, Philippines, Kenya and Tanzania , while Oxfam coordinates Voice in six: Laos, Cambodia, Uganda, Niger, Mali and Nigeria.

Cooperating with APCOM, Finance Inc. is a three year (2018-2020) multi-country project under Influencing Grant by VOICE, which is being implemented with our country partner organization in Cambodia, Indonesia, Lao PDR and the Philippines. Finance Inc is anchored on the human rights principles of equality and nondiscrimination as expounded in The Universal Declaration of Human Rights and other international human rights instruments which recognize that ‘all human beings are born free and equal in dignity and rights.’ Further, it is also anchored on The Sustainable Development Goals (SDGs) principle of ‘leaving no one behind.’

Hivos is an international organisation that seeks new solutions to persistent global issues. With smart projects in the right places, they oppose discrimination, inequality, abuse of power and the unsustainable use of the planet’s resources. Counterbalance alone, however, is not enough. Hivos’ primary focus is achieving structural change. This is why Hivos cooperates with innovative businesses, citizens and their organisations. Hivos shares a dream with them of sustainable economies and inclusive societies.

Oxfam Novib is part of a global confederation of people working together to end the injustice of poverty for everyone. They help people build better lives for themselves, and when disasters strike they save and rebuild lives. Together they take on the big issues that keep people poor, such as inequality, discrimination against women, climate change, and the eviction of people from their land. And they won’t stop until every person on the planet can enjoy life free from poverty. Their vision is a just world without poverty.

Hivos and Oxfam Novib have formed a consortium to implement Voice, combining the strengths of both organisations:

Oxfam Novib and Hivos together manage over 1,500 grants a year, including capacity strengthening, innovation and investment grants.

Oxfam Novib and Hivos are experienced in transformative leadership development and linking and learning.

Hivos has a strong track record on innovation, technology and creativity (arts and culture) and specific expertise in the field of LGBTI and children. Hivos has a great network of progressive frontrunners, role models and change agents. Micro Rainbow International’s (MRI’s) vision is to create a world where lesbian, gay, bisexual, trans and intersex (LGBTI) people are free from discrimination, persecution and have equal opportunities in life, including in accessing employment, training, education, financial services, healthcare, housing, places of faith, and public services. MRI’s mission is to create tools, programs, and policy recommendations that enable LGBTI people to step out of poverty, everywhere. MRI believes that many LGBTI people across the world are more vulnerable to poverty because of their sexual orientation and/or gender identity or intersex status. Since 2012 we have run poverty reduction programs exclusively for LGBTI people.

Suara Kita is an LGBT organization who works for LGBT rights in Indonesia. The organization was founded in 2007 in Jakarta. It was registered in 2009, and got acknowledgement by the Law and Human Rights Ministry in 2013. Suara Kita’s vision is to attain LGBT equality and emancipation as Indonesian citizens. The vision statement is embodied into three mission statements:

LaoPHA is community-led HIV, health and gender advocacy and services organization. It has been operating as a community-based organization since the year 2000 and became officially registered as a local nonprofit association in 2012, according to the Prime Minister’s Decree on Associations (115/PM) on 29 April, 2009. LaoPHA’s vision is to inspire inclusive communities where all key populations are equally empowered and comfortable to access the health and social services and to reach their true potentials. LaoPHA aims to support key population and questioning them by offering vital programs, fostering unconditional acceptance, and creating platform for self-support group and self-expression through leadership, community support and advocacy.

Babaylanes, Inc. is the alumni organization of the pioneering student LGBT organization from the University of the Philippines, UP Babaylan. Officially established in 2008, it envisions a society free from discrimination and homophobia where LGBT individuals can enjoy their rights and attain their fullest potentials in the spirit of equality, justice, and equity. Its mission is to work for the strengthening and consolidation of LGBT communities towards achieving the collectivization of efforts against discrimination and homophobia and advocate for LGBT rights and welfare.

Babaylanes, Inc. is the convener of the National LGBT Students Network, composed of the different LGBT student organizations that Babaylanes, Inc. has worked with. It is also the current Secretary General of LAGABLAB Network, a broad coalition of LGBT organizations in the Philippines focused on passing legislation that are SOGIE-sensitive and responsive. V. Lee Badgett is a professor of economics and co-director of the Center for Employment Equity at the University of Massachusetts Amherst, and she is the former director of the School of Public Policy. She is also a Williams Distinguished Scholar at UCLA’s Williams Institute, where she was a co-founder and the first research director. Her research focuses on economic inequality for LGBT people, including wage gaps, employment discrimination, and poverty, and on the global cost of homophobia and transphobia. Her latest book is The Economic Case for LGBT Equality: Why Fair and Equal Treatment Benefits Us All (Beacon Press, 2020). 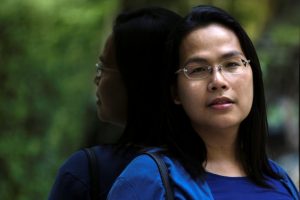 Nada Chaiyajit is an intersex transgender activist who is proud of her gender identity, expression and body. She has recently finished her Bachelor Degree in Law. She also writes articles and holds lectures about LGBTQI issues, with a special focus on sexual health and access to justice for trans persons. Recently, Nada was the LGBTI Representative of the Thai Civil Society Organizations’ Coalition and gave a speech at the 2016 Universal Periodic Review Side Conference for SOGI Rights at the United Nations in Geneva. Yiu-tung SUEN (DPhil Sociology, Oxford) is Assistant Professor of the Gender Studies Programme, Associate Director of the Gender Research Centre, and Founding Director of the Sexualities Research Programme, at the Chinese University of Hong Kong. His studies inform and are informed by critical current debates on sexual orientation and gender identity laws and policies, particularly with a view to provide empirical evidence which has been largely absent in Asia. His research is multi-disciplinary in nature.

Throughout his academic career, Prof Suen has combined academic research with external professional commitments. Locally, he serves as the Vice-chairperson of the Board of Directors of AIDS Concern Hong Kong. Internationally, he served as a consultant and data analyst for the United Nations Development Programme Being LGBTI in Asia programme. He sits on the research advisory board of Open for Business. He is a member of the APCOM’s Finance Inc. Advisory Group. He has also attracted donation from the legal and business sectors for his research. In a latest round of fundraising for research, he has received funding from organizations such as HSBC, KPMG, among many others.

Prof Suen’s research is highly impactful and has a strong component of knowledge exchange. His research has been cited in a good number of judicial review cases in the Hong Kong court and has been presented at the Hong Kong Legislative Council. Throughout the years, he has been interviewed by international media outlets such as the BBC, Bloomberg and Financial Times and his research has been covered by New York Times and Reuters. He is frequently asked to comment on gender and sexuality issues by Hong Kong media and has frequently spoken on live-broadcast radio and TV programmes. He was a regular contributor to the South China Morning Post Letter of the Law column. His op-eds have also been published in the Guardian, China Daily among other diverse outlets. 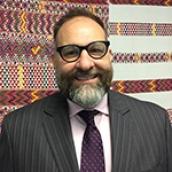 In this role, he has overall responsibility for ensuring the integration of SOGI inclusion in Bank operations around the world, including through the Bank’s Environmental and Social Framework (ESF).

Previously, he served as the United Nations Development Programme (UNDP)’s Deputy Director of the Health Global Practice, as well as the agency’s global LGBTI lead (2014-16), based at UN headquarters in New York City.

In that role he led UN efforts to help ensure inclusion of LGBTI people in the development efforts of the Member States of the UN. Clif focused efforts on LGBTI inclusion in economic development, political and civic participation, health, education, and in addressing personal security and violence; including leading work in defining how countries can measure LGBTI inclusion in these important aspects of the human condition.

Prior to his global role, he served as UNDP’s Asia and Pacific Regional Practice Leader for Health, based in Bangkok, Thailand (2010-2014).  Prior to UNDP, he was part of the U.S. Agency for International Development (USAID)’s team that managed the U.S. contribution to the global HIV response.

In positions with USAID in both Washington, DC, and in Asia, Clif’s role was specifically in support of improving legal and policy environments for better HIV responses, including in relation to sexual orientation and gender identity (1997-2010).

Over 22 years, his work has taken him to countries throughout Asia, the Pacific, Africa, Latin America, the Caribbean, and Europe. Clif holds a law degree from Georgetown University in Washington, D.C. He is married and his spouse, Owen, is from Venezuela.