Heroes of marriage equality, HIV prevention, transgender rights and community health were among eight people and organisations who were honoured at the HERO Awards fundraising gala in Bangkok last night.
Standing for HIV, Equality and Rights, the HERO Awards acknowledges outstanding service to the HIV response in Asia and the Pacific, and to the region’s lesbian, gay, bisexual and transgender (LGBT) communities.

Over 300 people attended the inaugural event at the Pullman Bangkok King Power Hotel which was produced to mark the 10th anniversary of APCOM, a leading regional HIV and LGBT community network. The event also raised much needed funds for APCOM’s vital work in relation to HIV education, prevention, treatment, care and support, and human rights.

The award recipients were selected from 21 finalists who were chosen from over 350 nominations that were received from across the region. Among the winners was Community Hero award recipient Chi Chia-wei, Taiwan’s acclaimed LGBT rights campaigner who led the country’s recently successful charge for marriage equality. Malaysia’s esteemed transgender activist Khartini Slamah was named Transgender Hero for over 30 years of dedicated service to transgender rights and health. The HIV Hero award went to 25-year-old Gautam Yadav for his exceptional work as an HIV activist and role model for young people with HIV in India.
Thailand was represented twice, with longtime director of the Thai Red Cross AIDS Research Centre Prof. Praphan Panupak being honoured with the Community Ally Award, and Thailand resident Dr Frits van Griensven named as Health and Wellbeing Hero for his outstanding work as an HIV researcher and community health advocate. Pakistan’s Qasim Iqbal was deemed a Social Justice Hero for his trailblazing advocacy for LGBT health and rights in Pakistan while Bandhu Social Welfare Society received the Community Organisation Award for its outstanding work in relation to HIV as well as the health and rights of LGBT people in Bangladesh.

India’s Ashok Row Kavi received the inaugunal Shivananda Khan Award for Extraordinary Achievement in recognition of his 40 years of outstanding and dedicated service as an LGBT rights activist and HIV advocate. The award, presented by APCOM, is named after the late Shivananda Khan, APCOM’s founder and a pioneering hero of the Asia Pacific response to HIV and LGBT health and rights.

APCOM’s Regional Advisory Committee Chair Dede Oetomo congratulated the winners and all the finalists on their achievements and community service.

“Last night’s event was a truly inspirational and thoroughly entertaining evening and a great celebration of the dynamic spirit of our community. I’d like to thank all the people who submitted nominations, our independent judging panels, our community and event partners, our fundraising auction donors and all our guests for coming along and supporting APCOM’s work by raising money to fund programs and services that are helping improve the health and wellbeing of our community,”

Details of the award recipients are below: For his exceptional work as an HIV researcher, founder and longtime director of Thai Red Cross AIDS Research Centre, and committed advocate for people and communities affected by HIV (recognised as a supporter rather than member of the LGBT or HIV+ communities). For over 30 years of service as a fearless and steadfast crusader for LGBT rights in Taiwan, including decades of work to help deliver this year’s historic ruling by Taiwan’s constitutional court in favour of marriage equality. For outstanding work as an internationally respected provider of HIV programs, sexual health services and human rights advocacy for LGBT people and communities throughout Bangladesh. For his outstanding work as an HIV researcher and community health advocate with significant contributions made to mapping the HIV epidemic across SE Asia. For the exceptional energy and commitment he has brought to his vocation as an HIV activist and inspirational role model for young people with HIV in India. For his trailblazing advocacy for LGBT health and rights in Pakistan and for his significant contribution to the health and wellbeing of LGBT people and people with HIV as founder of the national NAZ network of LGBT community based organisations. 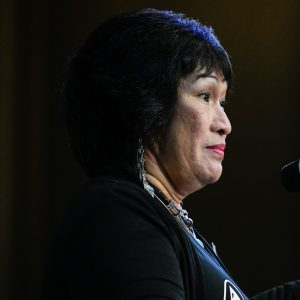 For over 30 years of service as an outstanding defender of transgender human rights and as a dedicated HIV advocate at the national, regional and International levels, especially in relation to transgender and sex worker communities. Mr Row Kavi has spent over 40 years as a leading advocate for LGBT people and communities in India where he was a trailblazing activist during the 1970s, 80s and 90s, using his professional experience as a journalist to successfully foster India’s LGBT movement. He then went on to found and head up the Humsafar Trust, one of India’s leading HIV organisations dedicated to addressing the epidemic among vulnerable and marginalized communities. He has also played a key role in helping shape the Asia Pacific response to HIV and LGBT health/rights through significant contributions to many important regional dialogues and strategic initiatives.