Heroes of HIV, LGBTI rights and community health worker were among 10 people and organisations who were honoured at the 2019 Asia Pacific HERO Awards gala in Bangkok last night.

Standing for HIV, Equality and Rights, the HERO Awards acknowledges outstanding service to the HIV response in Asia and the Pacific, and to the region’s lesbian, gay, bisexual, transgender and intersex (LGBTI) communities. Over 300 people attended the gala event at the historic Netherlands Ambassador Residence in Central Bangkok which was a fundraiser for the Bangkok-based APCOM Foundation, a leading NGO which works to fight HIV and advance LGBTI health and rights across the Asia Pacific region. The Awards were supported by a range of corporate sponsors, community organisations and diplomatic missions. Miss Universe 2015, and UNAIDS Goodwill Ambassador for Asia and the Pacific, Pia Wurtzbach, championed the event as one of the masters of ceremony.

The award recipients came from all over the region; Australia, India, Indonesia, Pakistan, Samoa, Singapore, South Korea, Taiwan, Thailand, and Vietnam, and were selected from 27 finalists who were chosen from over 220 nominations that were received from across the region. Among the winners was one of Pakistan’s leading transgender rights campaigners Moon Ali who was named Community Hero for her dedicated service to transgender rights and health as was the recipient of the Transgender Hero Award, Thailand’s Rena Janamnuaysook who is the face of Bangkok’s renowned Tangerine Clinic. The HIV Hero award went to Indonesia’s Acep Saepudin for his outstanding work as a young HIV activist and educator.

India’s Menaka Guruswamy and Arundhati Katju were deemed Social Justice Heroes for their role in last year’s historic decriminalisation of same sex relations in India, while June Chua from Singapore was declared the Health & Wellbeing Hero for her outstanding work as a leading advocate for transgender inclusive services. South Korea’s Jonggeol Lee received the Community Ally Award for outstanding LGBTI human rights advocacy, and Taiwan’s Marriage Equality Coalition was recognised with the Community Organisation Award for the crucial role they played in the successful campaign to legalise same sex marriage in Taiwan. The Young Achiever Award went to Doan Thanh Tung from Vietnam for exceptional work as an HIV educator and care provider as well as LGBTI activist.

Samoan LGBTI human rights defender Tuisina Ymania Brown received the Shivananda Khan Award for Extraordinary Achievement for decades of groundbreaking activism in the Pacific and internationally. The award, presented by APCOM, is named after the late Shivananda Khan, APCOM’s founder and a pioneering hero of the Asia Pacific response to HIV and LGBTI health and rights. ANZ became the first winner of the new category Business Ally, highlighting the important role that the private sector can take a big part in advancing a more inclusive society in Asia Pacific.

APCOM’s Regional Advisory Group Chair Dédé Oetomo: “On behalf of APCOM, I congratulate the winners and all the finalists on their achievements and community service. Last night’s event was a truly inspirational and thoroughly entertaining evening and a great celebration of the dynamic spirit of our community. I’d like to thank all the people who submitted nominations, our independent judging panels, our community and event partners, our fundraising auction donors and all our guests for coming along and supporting APCOM’s work by raising money to fund programs and services that are helping improve the health and wellbeing of our community,” Mr Oetomo said.

The Netherlands Ambassador to Thailand H.E. Kees Rade: “I’m delighted that the Netherlands Embassy in Bangkok was able to host this year’s HERO Awards at the residence. These prestigious Awards shine a light on the extraordinary work done by everyday heroes across the Asia Pacific region in their local communities to improve the lives of others. World AIDS Day and International Human Rights Day provide a valuable opportunity to show how the remarkable people and organisations we are rewarding can bring people together to make a difference and inspire others. Congratulations to all the award recipients and their fellow finalists. And congratulations to APCOM for providing such an important platform for highlighting LGBTI and HIV issues in Asia Pacific.”

Details of the award recipients are below:

ANZ strives to build a culture of respect for all people and communities including LGBTIQ+ staff, customers and communities. Establishing an inclusive network for LGBTQI+ staff in 2007, ANZ remains a partner of the Sydney Gay and Lesbian Mardi Gras as well as a member of the “Welcome Here” campaign. 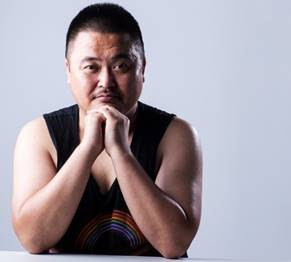 Jonggeol Lee is the general director of Chingusai – the Korean gay men’s human rights organization that Jong-geul has been the Executive Director of. He is a proven leader in the LGBT community of South Korean for the last decade.  Recently he was the co-chairperson of Rainbow Action – the coalition of Korean LGBT organizations – to realize equality for gay men in Korea.

Moon has worked for many years on programs in Pakistan that benefit transgender people. She is passionate about the improving the level of awareness about health for transgender people as well as enhancing their empowerment within the context of Pakistan. 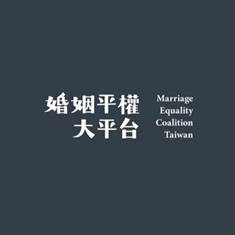 Marriage Equality Coalition Taiwan was established only in November 2016 as a platform to advocate for marriage equality. The five organizations that form the coalition are: Taiwan Tongzhi Hotline Association, Taiwan LGBT Family Rights Advocacy, Awakening Foundation, The Lobby Alliance for LGBT Human Rights, and Gagaoolala. Taiwan legalised same-sex marriage in June this year becoming the first country in Asia to do so. 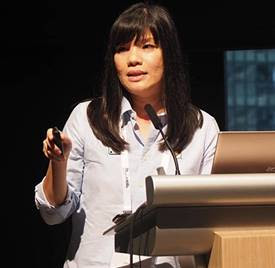 June is one of Singapore’s leading advocates for transgender inclusive services.  She has worked tirelessly for more than a decade to bring housing, basic information, health services and support to the Transgender community of Singapore.

Acep is a young gay Muslim Indonesian man living with HIV. He has documented his journey of living with HIV since his diagnosis in September last year, using this platform to raise awareness, debunk myths and part a very personal face on the HIV epidemic in Indonesia.

Menaka and Arundhati were named as Time Magazine 100 Most Influential People list of 2019.  After more than a 100 year when same-sex relations were ruled as unnatural, the Supreme Court of India ruled in September 2018 that Section 377 of the Indian Constitution was unconstitutional. They were key women in the successful petitioning of the Indian Supreme Court to achieve this ruling.

Rena is the face of the Tangerine Clinic in Bangkok, working tirelessly to improve the health and well-being of transgender people.

Tung is the Executive Director of Lighthouse Social Enterprise and Chair of Youth Voices Count.  A young HIV and LGBTQ activist he has been recognized for his work to establish LGBTQ-friendly health care services, both in Vietnam and internationally. 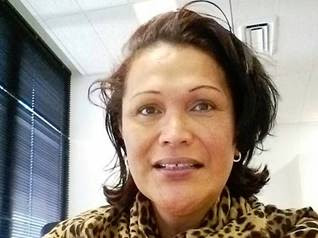