The Importance of Branding in an HIV Testing Campaign

Back in the AIDS 2016, Durban, South Africa, TestBKK team, represented by Communication Officer Safir Soeparna, was invited as one of the facilitators for “Let’s Lead Our Own Campaign” workshop. The workshop aimed to equip the community advocates with innovation and the use of social media in campaigning HIV-related responses, including the health of gay and bisexual men.

Within the workshop, TestBKK facilitated a segment that showcases the importance of a branding – based on the success of TestBKK’s first two years in building its brand, which translates to the increasing number of target audience being reached – among many other indications of brandraising.

In order to sustain a campaign that aims for behaviour change; or in TestBKK’s case, for increasing the awareness of young gay men in Bangkok towards HIV testing and prevention, the campaign’s branding is seen as a vital factor. At TestBKK, we believe that branding is a set of techniques designed to generate cultural relevance. This cultural relevance encompasses, in TestBKK’s mindset, how young gay men value their sexual health. Thus, building a campaign unavoidably includes strategising the brand of the campaign. 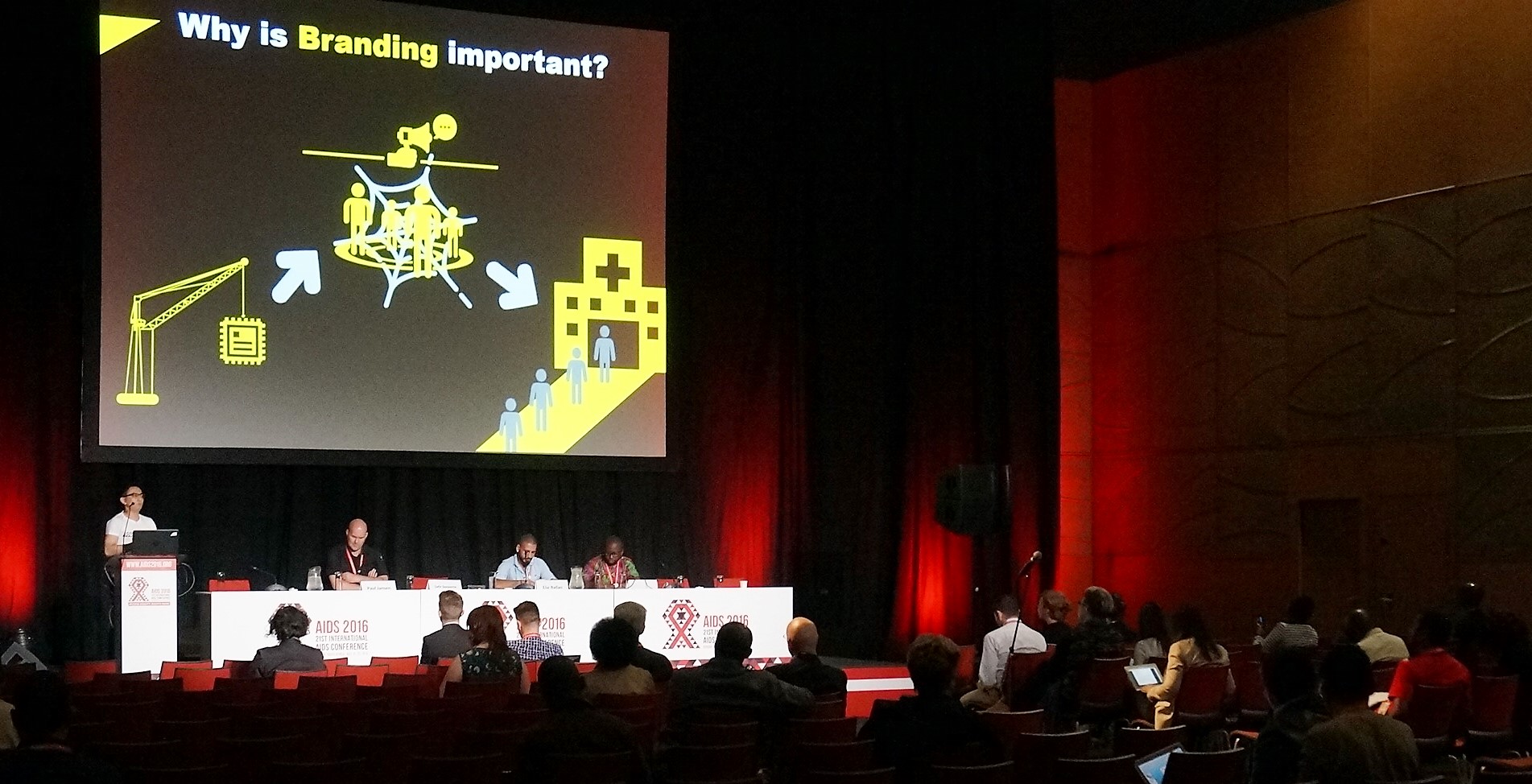 Branding is a clarity on what sets TestBKK aparts (from other health messaging). Branding also means telling our story in the most compelling way so that it reaches and sticks with our target audiences. Logo, color palette, website, and social media presence that communicate who TestBKK are also part of branding. In summary, branding contains a lot of elements. In the workshop, TestBKK narrowed them into four capitals: (1) brand identity, (2) brand image, (3) brand positioning and (4) brand personality. A behaviour change campaign that owns and executes these branding elements properly is set to accomplish its goals.

Brand identity is how we name/call/identify our campaign, and how we want our audience to recognize us. This includes, but not limited to, the campaign’s name, core logo, slogan and, to certain extent, a color palette that will be consistently used throughout every products generated under the campaign. Think of how people can recognise Nike brand by just looking at its swoosh iconography.

Brand identity is how we want our audience to perceive our campaign. In our case, we want to be seen as a sex-positive campaign that appreciates sexual rights of every young gay men, as long as it’s consensual. We are not shy to talk about (or show) sex. We don’t talk in metaphor – unless for comedic purpose. And, most importantly, we want our audience to enjoy the way we bring in the discussion – whether it’s about HIV testing, PrEP or condom use.

Examples of how “playful, sexy” images of TestBKK are executed during onsite outreach and through its materials to promote HIV testing and/or PrEP