Born to Muslim and Hindu parents on the island paradise of Bali, Indonesia, Yasmine began life as the only boy in a family of five children, and following the traditions of the island, took on the Islam religion of her father. At the early age of 17, Yasmine began her transformation, starting with makeup and eventually began hormone therapy and grew her hair out. Exposing herself publicly as a transgender woman (waria) resulted in losing the support of her father and his family, but her mother and her extended family have stayed by her side and continue to support her and keep a close relationship. Leaving her family at the demand of her father meant a hard life full of struggles, one lived primarily on the streets, where Yasmine had few employment options and began sex work in order to support herself and stay alive. Yasmine worked on the streets of Bali for 15 years before finding a job at a beauty salon, a change that would be just the beginning of many in her life journey. 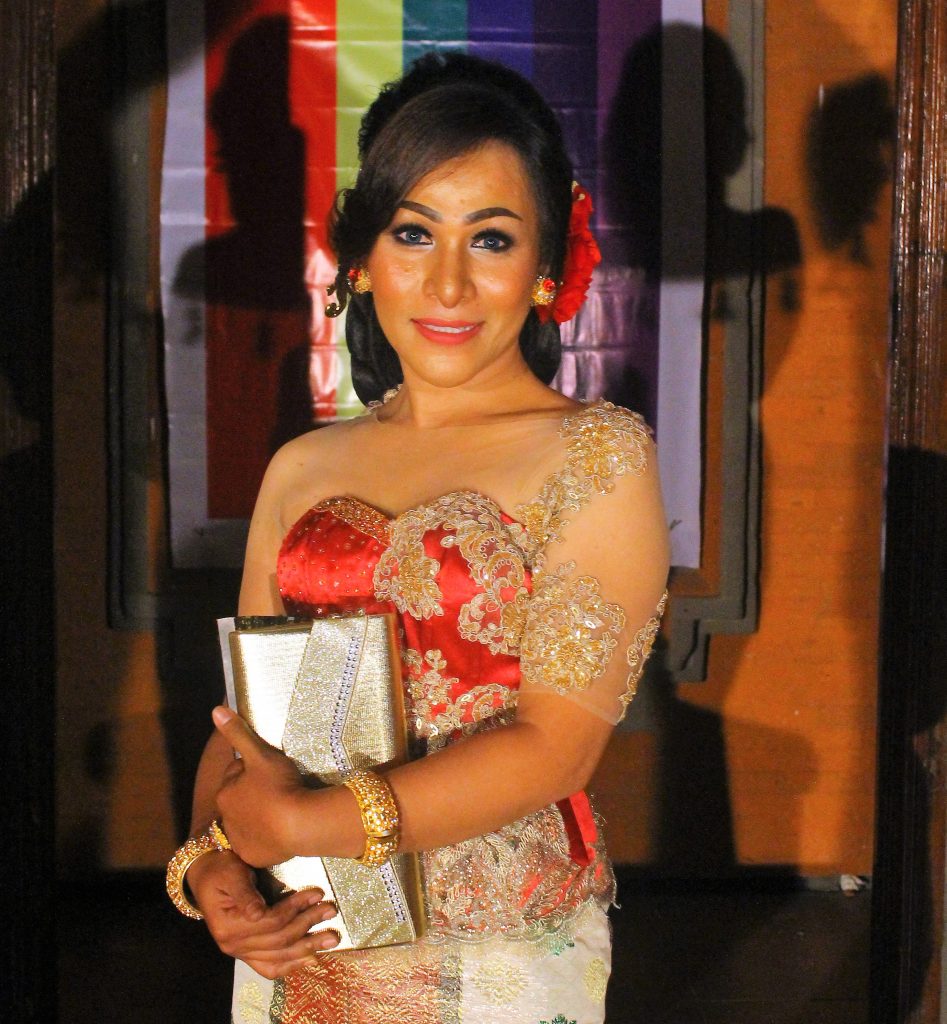 It was in the northern port town of Singaraja, far from the picturesque beaches and luxury hotels, that Yasmine began her community outreach. Together with friends and supporters, Yasmine established Waria Gay Singaraja (WARGAS) – a community based organisation focused on improving the standing and supporting the lives of transgender woman and gay individuals in the local Singaraja community. With over 70 active members and still growing, WARGAS served as a stepping stone for Yasmine’s community outreach work, and in 2016 she began a position as an outreach worker at the Depensar-based Yayasan Gaya Dewata (YGD). YGD plays an active role in disseminating information about STIs and HIV-AIDS prevention through information sessions for the MSM, gay and transgender communities, STI and HIV-AIDS counselling, referral assistance for STI screening and HIV testing and facilitates close working relationships with both government and non-government bodies, organisations and individuals in the furthering of ideas and the achievement of the goals of YGD. Her role in outreach work involves acting as a peer educator on sexual health and a voice for the community at the local and provincial level.  Considering the great stigma that still exists against people living with HIV in Bali, even within the LGBT community, Yasmine is most proud of the work she does as a leader in supporting community members living with HIV.

Currently Yasmine is the coordinator for the YGD Outreach Program for Buleleng district, as well as continuing her first community outreach endeavor as the co-chair for WARGAS. She also recently participated in the special WISDOM: Voice Project, funded by Oxfam Novib and Hivos and run by APCOM, which focuses on advocacy and capacity building training for community organizations targeting sexually and gender diverse people. APCOM, together with our partners in four different countries (Cambodia, Lao PDR, Indonesia and the Philippines), will generate strategic information to enhance the current evidence base on Lesbian, Gay, Bisexual, Transgender, Intersex and Queer population (LGBTIQ) advocacy, and capacity strengthening approaches. Through this project, Yasmine has been able to improve her knowledge in transgender health, rights and law in Indonesia, and sexual health, allowing her to lead roundtable discussions on human rights in the LGBT community. This has led her and her community to have their voices heard on human rights issues in Bali which in effect is brining about positive changes to their community and at the same time has strengthened the WISDOM project by adding to the collective knowledge and experiential learning of the entire group.